The Delaware State Police have identified the man who died in a motor vehicle collision involving a school bus on January 23, 2023, in Laurel as Taylor Maurer, 21, of Millsboro, Delaware.

For unknown reasons, the driver of the Civic failed to stop at the posted stop sign, continued through the intersection, and proceeded directly into the path of the school bus. The school bus driver tried to swerve to avoid striking the Civic but was unable to do so. As a result, the front of the bus struck the passenger side of the Civic, causing the Civic to overturn and exit the roadway. The school bus also exited the roadway and overturned onto its left side.

The school bus driver, a 34-year-old woman from Bridgeville, Delaware, was wearing her seatbelt. She was taken to an area hospital for non-life-threatening injuries and was later released. There were thirteen students from Sussex Montessori Charter School on the bus. Twelve students were taken to a local hospital for non-life-threatening injuries and were later released. One student was airlifted and admitted to an area hospital for serious injuries.

No other vehicles were involved in this collision. The roadways were closed for approximately five hours while the scene was investigated and cleared.

The Delaware State Police Troop 7 Collision Reconstruction Unit continues to investigate this incident. Troopers are asking anyone who witnessed this collision to please contact Master Corporal K. Argo by calling 302-703-3264. Information may also be provided by sending a Private Facebook Message to the Delaware State Police or contacting Delaware Crime Stoppers at 1-800-847-3333. 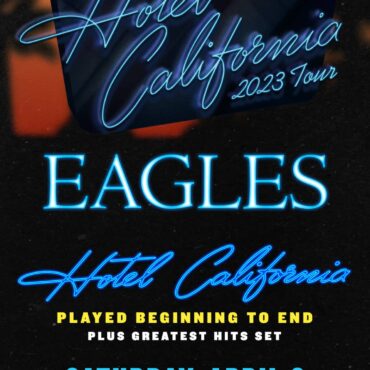 Don't miss The Eagles performing Hotel California in its entirety plus their greatest hits! Saturday, April 8 at CFG Bank Arena in Baltimore, MD Tickets go on sale Friday, January 27 at 10am www.Ticketmaster.com and www.LiveNation.com Keep listening to WIN FREE TICKETS from THE VAULT!