On December 5, 2022, at approximately 1:22 p.m., a gray 2010 Ford Focus was traveling northbound on Wesley Church Road approaching the intersection at Cannon Road. At the same time, a white 2014 Dodge Charger was traveling eastbound on Cannon Road approaching the same intersection. There is a posted stop sign and flashing red traffic light for northbound traffic on Wesley Church Road at this intersection, whereas traffic on Cannon Road does not have to stop. For unknown reasons, the driver of the Focus did not stop and proceeded through the intersection and into the path of the Charger. As a result, the front of the Charger struck the left side of the Focus, and both vehicles exited the roadway and came to rest north of Cannon Road.

The driver of the Focus, an 83-year-old man from Greenwood, Delaware, was properly restrained. He was pronounced deceased at the scene and identification is pending notification to his family and relatives. The driver of the Charger, a 26-year-old man from Bridgeville, Delaware, was properly restrained. He was transported by ambulance to an area hospital, where he was treated for injuries and released.

No other vehicles were involved in this collision. The intersection was closed for approximately three hours while the scene was investigated and cleared.

The Delaware State Police Troop 7 Collision Reconstruction Unit continues to investigate this incident. Troopers are asking anyone who witnessed this collision to please contact Senior Corporal R. Albert by calling 302-703-3266. Information may also be provided by contacting Delaware Crime Stoppers at 1-800-TIP-3333 or via the internet at www.delawarecrimestoppers.com. 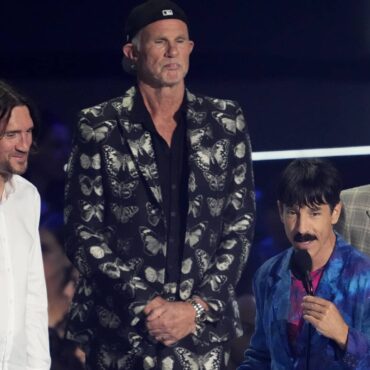 NEW YORK (AP) — There's no rest for the spicy. Fresh off a world tour and two albums this year, Red Hot Chili Peppers are preparing for a set of stadium shows and festival stops across North America and Europe in 2023. Live Nation said Monday the band's 23-date global trek kicks off March 29 at BC Place in Vancouver, followed by shows in Las Vegas, San Diego, Houston, Lisbon, […]