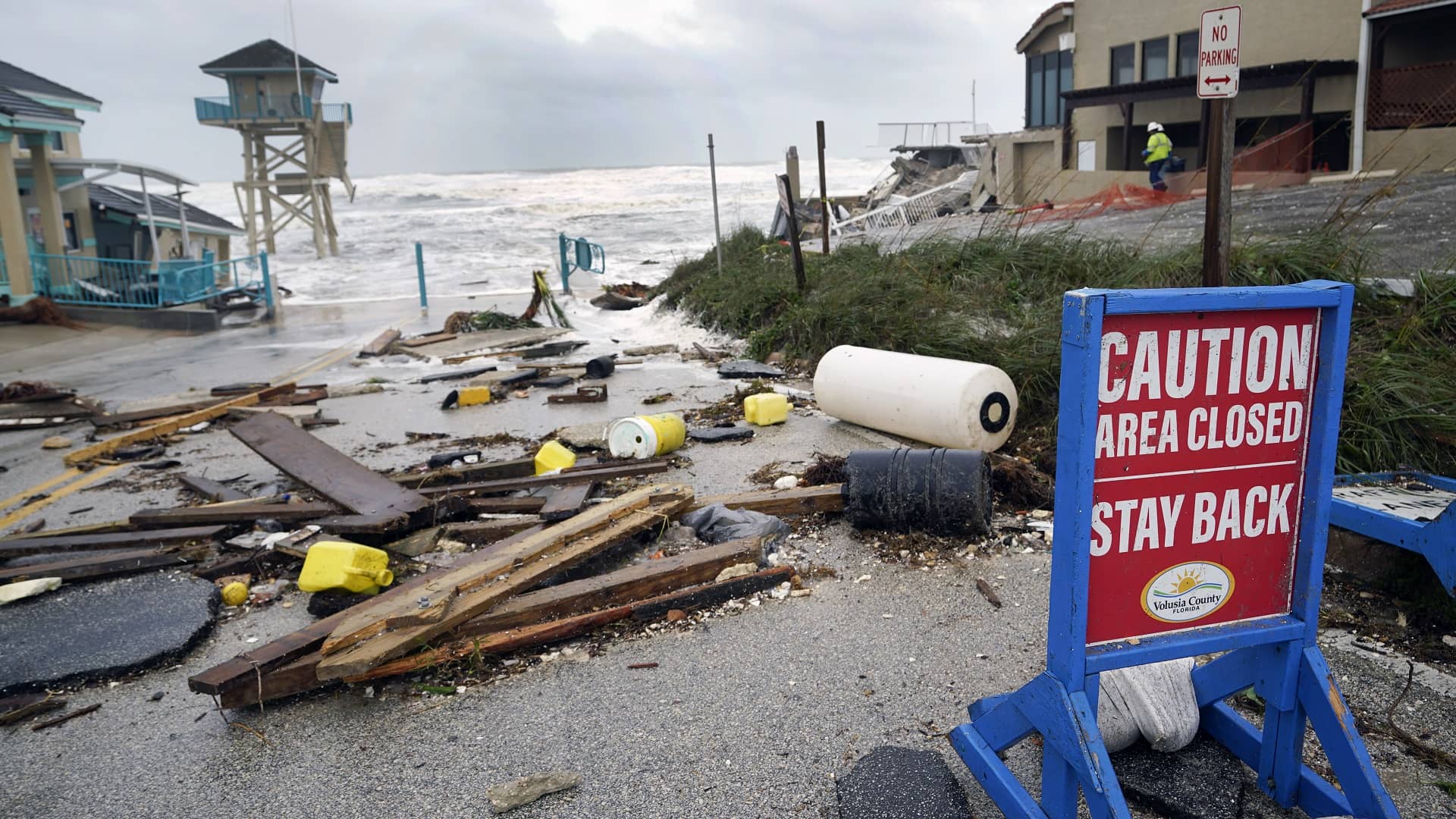 Flooding is still possible in urban and mountain areas, with as much as 8 inches of rainfall predicted for the Blue Ridge Mountains. Dozens of homes and high-rises have been declared structurally unsafe in the Daytona Beach area. The buildings were evacuated as Nicole’s storm surge compromised their foundations. Some houses lost their backsides as the storm swallowed the shore.

At least three deaths were reported — a man and woman electrocuted by a downed power line and a man whose yacht was slammed by waves against a dock.

Delaware State Police are investigating a fatal motor vehicle collision that occurred in Dover Thursday morning. On November 10, 2022, at approximately 8:09 a.m., a Freightliner Tractor pulling a loaded flatbed cargo trailer was traveling southbound in the right lane of Korean War Veterans Memorial Highway (SR1) south of the Exit 104 ramp. For unknown reasons, the tractor traveled off the west edge of the roadway and down a grass […]