Delaware State Police are investigating a fatal motor vehicle collision that claimed the lives of two individuals Friday night in the Felton area.

Route 13 southbound was closed for approximately 4 hours while the crash was investigated, and the roadway cleared.

The Delaware State Police Troop 3 Collision Reconstruction Unit continues to investigate this incident. Troopers are asking anyone who witnessed this collision to please contact Sergeant Wheatley by calling 302-698-8518. Information may also be provided by contacting Delaware Crime Stoppers at 1-800-TIP-3333 or via the internet at www.delawarecrimestoppers.com. 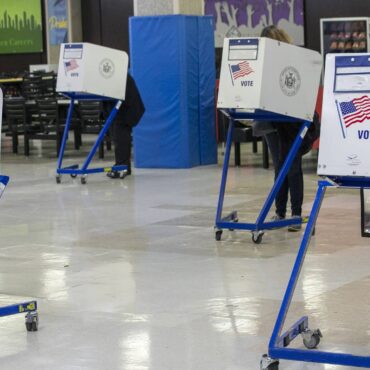 Delaware: What to expect on election night

Voters in President Joe Biden's home state of Delaware did most of their civic duty during the September primary. That tends to be where the competition in this true blue state happens. And it was no run-of-the-mill primary. Newcomer Lydia York knocked off incumbent Auditor Kathy McGuiness in the most conspicuous race. McGuiness was awaiting sentencing on misdemeanor corruption charges at the time as Delaware's first statewide elected official to […]