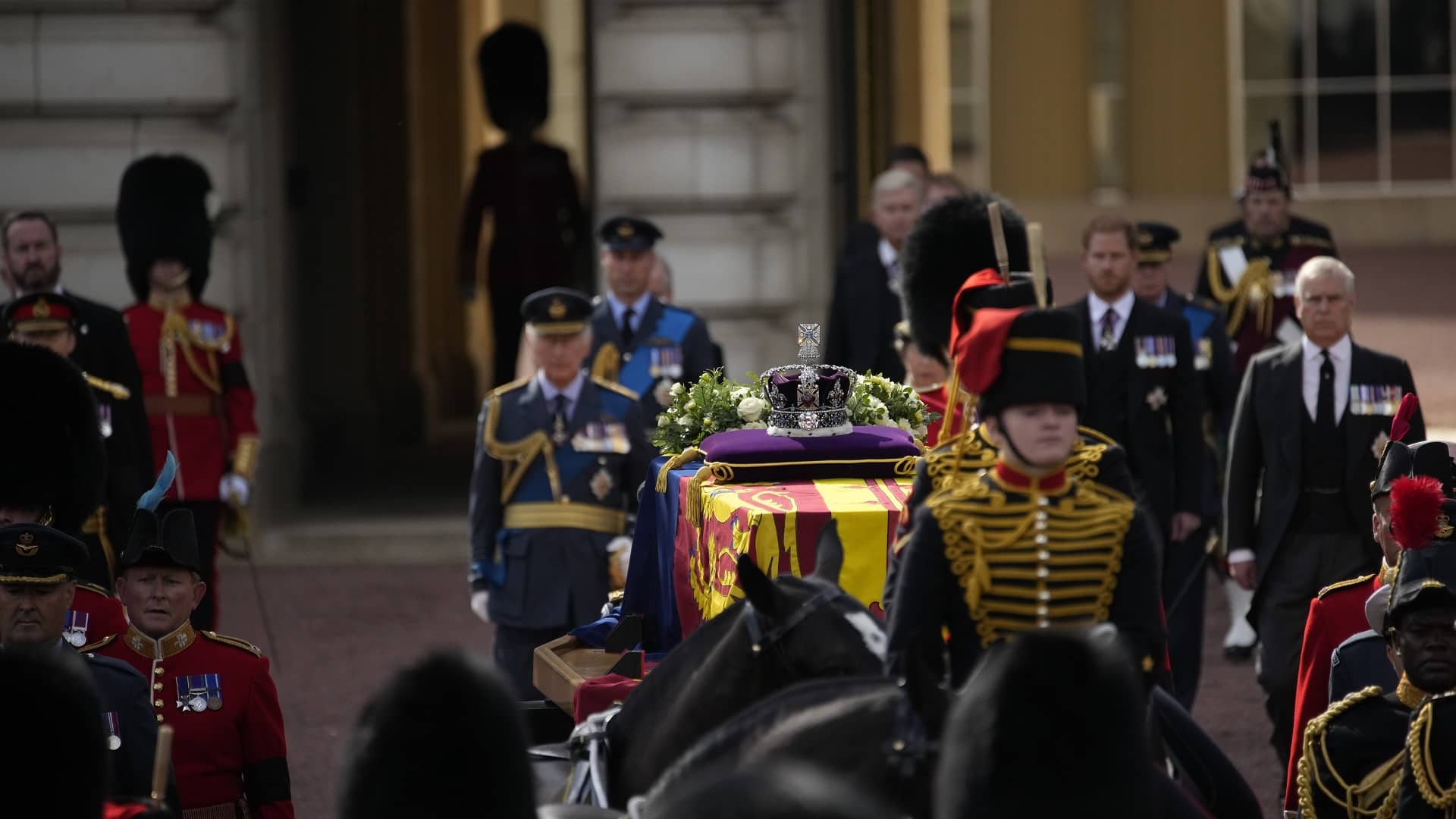 The late monarch’s coffin was borne to Westminster Hall by a horse-drawn gun carriage. Her son, King Charles III, and his siblings and sons marched behind the coffin, which was topped by a wreath of white roses and her crown resting on a purple velvet pillow. The military procession from the palace was designed to underscore the queen’s seven decades as head of state as the national mourning shifted to the boulevards and landmarks of London. Eight pall bearers carried the coffin into the historic hall and placed it on a raised platform.

The queen will lie in state for four days until her funeral on Monday.

DOVER, Del. (AP) — Embattled Delaware state auditor Kathy McGuiness, who is awaiting sentencing on criminal charges, was defeated by political newcomer Lydia York in a Democratic primary contest. York is an attorney who had been endorsed by the state Democratic party. York will now face Republican Janice Lorrah, also a political newcomer, in November. York was one of three Delaware Democratic presidential electors in 2016. She both outraised and […]