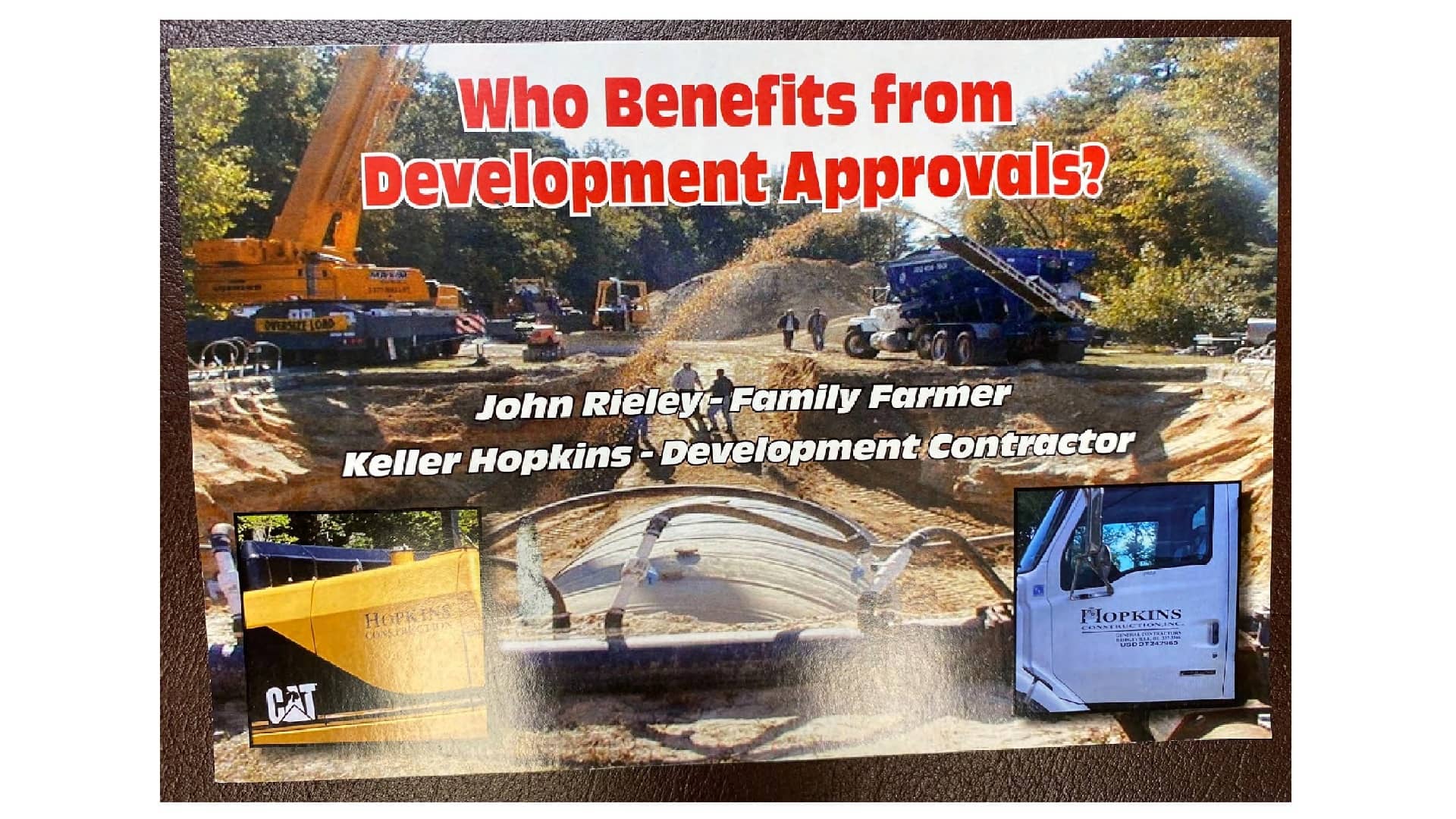 The post card was mailed with money supplied by a Political Action Committee controlled by IG Burton.

Title 15 Chapter 80 of the Delaware Code is the Law which regulates Political Action Committees. You can find the law at (https://elections.delaware.gov/pdfs/901Regulation.pdf).  There is a line on the attack card that says “Plan for Sussex” in the lower left  corner of the card. This was intended to meet the discloser law of the Delaware law which
requires the full name of the Political Action Committee and the physical address of the committee.

The lack of discloser is a violation of law Title 15 Chapter 80. The mail piece very clearly does not include a Mailing address. §8002 (14) Delaware Code specifies that a “Mailing address means a physical mailing address, and shall not include a post office box.”  This mailer specifically uses the words “Re-Elect John Rieley Sussex County Council, District 5” and is an expressed advocacy as described by the US Supreme Court in Buckley v. Valeo 1976
(Buckley) (https://www.fec.gov/resources/legal-resources/litigation/Buckley.pdf). It is illegal for a Political Action Committee to directly advocate for a specific candidate. This is also a direct violation of the law Title 15 Chapter 80.

It has become known to the Hopkins campaign that IG Burton and John Rieley have produced a second attack post card to be mailed this coming week. IG Burton is known to have made statements in the community over the past week that he and Rieley intend to mail the second attack card this coming week. The Keller Hopkins campaign publicly calls for the Rieley campaign to cease and desist from these illegal activities and refrain from mailing the second illegal post card.

Delaware State Police are investigating a shooting that occurred in the Magnolia area on early Sunday morning. On September 4, 2022, at approximately 1:23 a.m., troopers responded to the 100 block of Orange Street regarding a shooting. Upon their arrival, troopers observed numerous vehicles and pedestrians departing from the area. Troopers then located a 37-year-old male victim from Dover, DE who had sustained a gunshot wound to his lower extremity. […]