Delaware State Police are investigating a fatal motor vehicle collision that occurred in the Hartly area on Wednesday afternoon.

On August 24, 2022, at approximately 5:18 p.m., a white 2002 Toyota Corolla was stopped at a stop sign facing north on Brittney Lane at the intersection with Halltown Road. At the same time, a white 2019 Dodge Ram was traveling eastbound on Halltown Road approaching the intersection at Brittney Lane. For unknown reasons the driver of the Toyota proceeded onto Halltown Road and into the path of the oncoming Ram pickup truck. As a result, the front of the Ram struck the left side of the Corolla. Both vehicles traveled in a northeasterly direction until coming to rest on Halltown Road.

The operator of the Toyota Corolla, Catherine Samardza, 67, of Hartly, DE., was properly restrained. She was transported from the scene to an area hospital, where she was later pronounced deceased.

The passenger of the Corolla, a 74-year-old female from Dover, DE, was also properly restrained. She was transported via ambulance to an area hospital for non-life-threatening injuries. The operator of the Dodge Ram, a 36-year-old male from Dover, DE, was not properly restrained. He was treated at the scene for non-life-threatening injuries.

No other vehicles were involved in this incident. The roadway was closed for approximately three hours while the collision was being investigated and cleared.

The Delaware State Police Troop 3 Collision Reconstruction Unit continues to investigate this incident. Troopers are asking anyone who witnessed this collision to please contact Master Corporal J. Lane by calling 302-698-8457. Information may also be provided by contacting Delaware Crime Stoppers at 1-800-TIP-3333 or via the internet at www.delawarecrimestoppers.com. 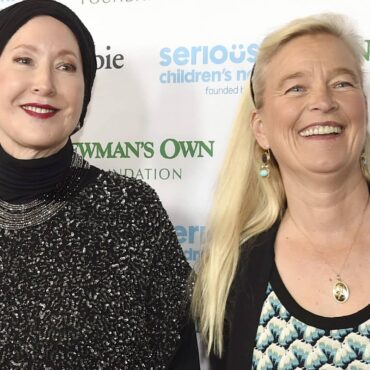 HARTFORD, Conn. (AP) — A new lawsuit has exposed a rift between two of Paul Newman's daughters and the late actor's charitable foundation funded by profits from the Newman's Own line of food and drink products. Susan Kendall Newman and Nell Newman filed a lawsuit Tuesday in Stamford, Connecticut. They allege that their own charity organizations are supposed to receive $400,000 a year from the Newman's Own Foundation under a […]