DEWEY BEACH, Del. (AP) — An ex-adviser to former New York Gov. Andrew Cuomo was killed in a crash after police say a Lyft driver ordered him out of the car in the middle of a Delaware highway over the weekend.

Authorities on Wednesday said the driver initially fled but was cooperating with authorities. No charges were immediately filed in connection with the death of 43-year-old Sidney Wolf. Delaware State Police say a group of six friends ordered a Lyft ride to Bethany Beach early Sunday, but the driver stopped and demanded that all six passengers get out after a dispute arose. Police say Sidney Wolf got out and was hit by a passing car.

Wolf had been a senior policy advisor for Cuomo in Washington, D.C. 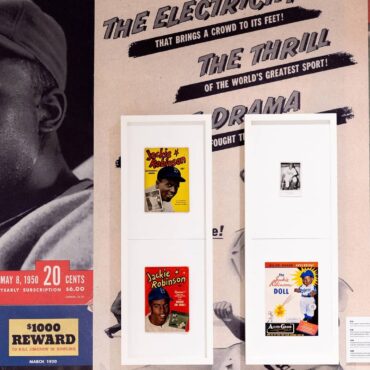 NEW YORK (AP) — The Jackie Robinson Museum has opened in Manhattan with a gala ceremony attended by the 100-year-old widow of the barrier-breaking ballplayer and two of his children. Rachel Robinson watched the half-hour outdoor ceremony from a wheelchair in the 80-degree heat, then cut a ribbon to cap a project launched in 2008. Her 72-year-old daughter, Sharon, also watched from a wheelchair and 70-year-old son David spoke to […]