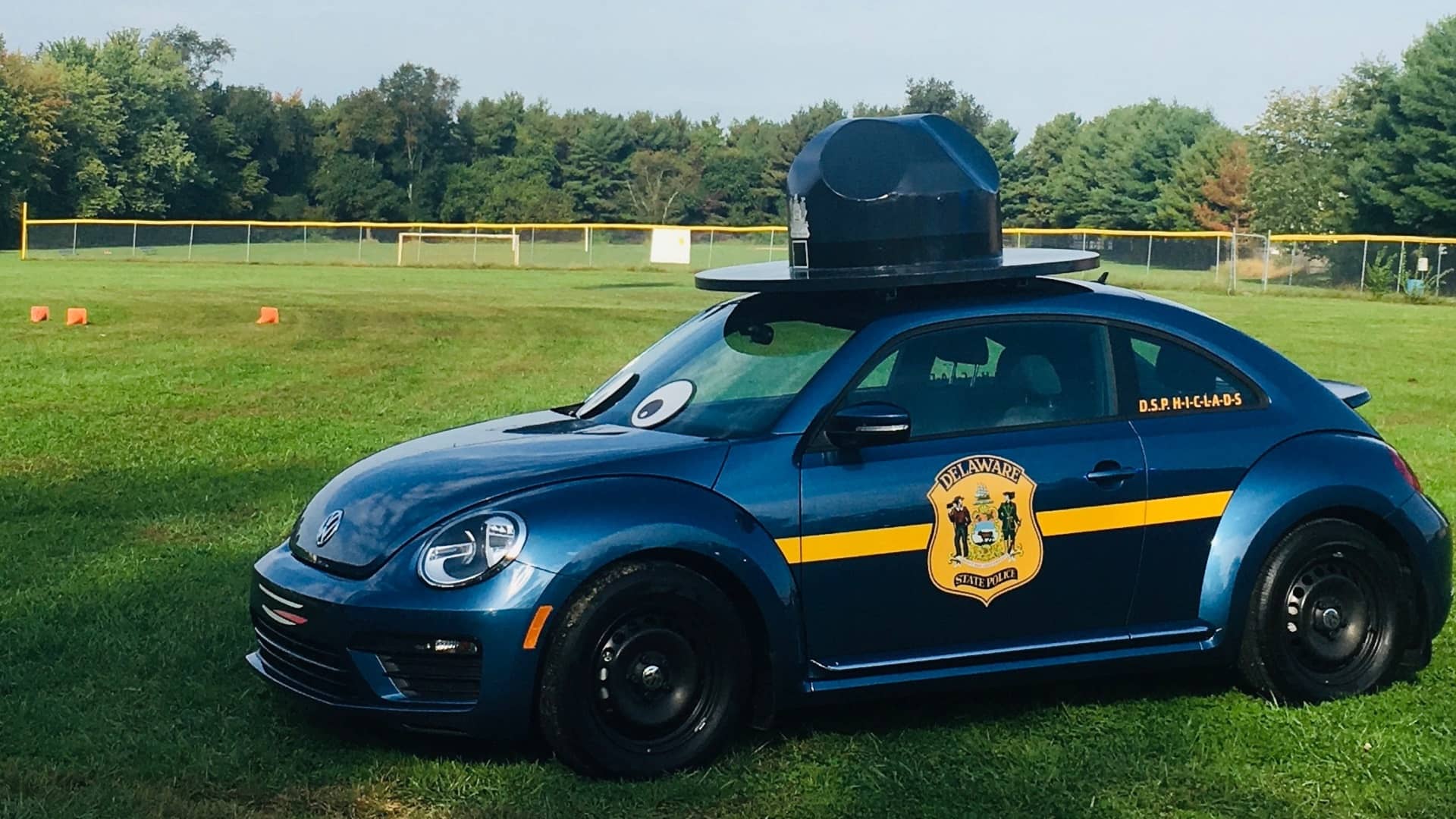 Trooper Blue graduated from the Training Academy in 2021 and is a third-generation Delaware State Trooper. Trooper Blue’s grandfather, Daniel ‘Dan’ Blue, served with the Delaware State Police in the 1960s & 1970s and retired with the rank of Trooper First Class. Despite retiring from the Division after many faithful years of service “Trooper Dan,” as many knew him, always maintained such an affinity for the State Police that he spends most of his days and nights hanging out in the main gallery of the Delaware State Police Museum in Dover. While there, he typically spends his time telling ‘war stories’ and reliving his ‘glory days!’

Trooper Blue’s father, Retired Sergeant Danny Blue, served in the 1990s & 2000s, retiring from the former Community Policing Unit. While he loved his time as a Delaware Trooper, “Sergeant Dan,” as many knew him, spends his time traveling to tropical locations with a surfboard tied to his roof! While he stays in touch with his father and daughter, he’s never been one to be tied down and doesn’t spend much time in the Great State of Delaware anymore.

When asked about her transfer to the Community Engagement Unit, Trooper Blue said, “I look forward to working with the other Troopers in the Unit to meet the needs of our varied communities throughout the State.” Her first major assignment in her new role will occur at the 2022 Delaware State Fair, where she and other Troopers will be posted up every night of the Fair to meet and greet fairgoers! Trooper Blue went on to say that she welcomes “the opportunity to educate Delawareans about the State Police and all of the great things Troopers and Civilian employees do for the State on a daily basis.”

In reflecting upon his granddaughter’s new assignment, Trooper Dan said, “The State Police has come a long way since my time on the job. While the old days were great and I wouldn’t change a thing, I’m proud to see how diverse the Division has become. I am very proud of my granddaughter, and I hope that young women across this State look to follow in her footsteps and join the ranks of the Finest State Police agency in the Country!”

On July 17, 2022, at approximately 11:32 a.m., Delaware State Police were dispatched to a wooded area near East Atlantic Apartments in reference to a death investigation. When troopers arrived, they observed the body of a male victim in a wooded area where homeless individuals are known to frequent. The victim was pronounced deceased on the scene, and the body was turned over to the Division of Forensic Science for […]