DOVER, Del. (AP) — Dover police have identified a body found by kayakers on the Saint Jones River as that of a 27-year-old local man.

Authorities on Thursday identified the man as Jorge Valladares of Dover. Police said the cause of death is still under investigation, but that it does not appear to involve foul play. A group of kayakers located the decomposed body on the shoreline of the river on Saturday. Court records show that Valladares was scheduled for a criminal case review next month on a charge of breaching condition of release following a September arrest. Valladares had been previously arrested in May 2021 on burglary and related charges following an incident at a home in Hartly. 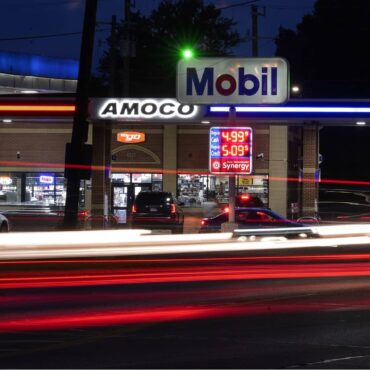 President Biden's climate agenda has been stymied by Congress and the Supreme Court. But one thing the president doesn't like is actually causing emissions of heat-trapping gases to drop: high gas prices. Even as gas prices finally slip below $5 a gallon, many people are cutting back on driving just a bit. But not everyone can. Federal data shows that June gas sales are 5% below the same time in […]