The operator of the Honda failed to observe the stopped traffic ahead, and in an attempt to avoid a collision, swerved left into the westbound lane. The Ram also swerved towards the shoulder, to avoid the Honda, but the front of both vehicles struck in a near-head-on collision. After impact the Honda overturned and struck a utility pole before coming to rest off the roadway. The Ram came to rest in the same area as the impact.

There were five occupants inside of the Honda:

17-year-old Dakhyi Floyd, of Middletown, DE, was transported to Beebe Hospital where he succumbed to his injuries and was pronounced deceased.

An 18-year-old male of Bear, DE was flown to Christiana Hospital with non-life-threatening injuries.

A 17-year-old female of Bear, DE was transported to Beebe with non-life-threatening injuries.

An 18-year-old female of Wilmington, DE was flown to Christiana in critical condition.

A 16-year-old female of Middletown, DE was flown to Christiana in critical condition

The 77-year-old male operator of the Ram was treated and released for minor injuries.

At this time the operator of the Honda has not been confirmed. This remains an active and on-going investigation.  The roadway was closed for approximately 3 hours while the investigation was completed, and the roadway was cleared.  This collision remains under investigation by the Delaware State Police Troop 7 Collision Reconstruction Unit.

Anyone who may have witnessed the collision or has any information is asked to contact Corporal/1 Smith at 302-703-3267. Information may also be provided by calling Delaware Crime Stoppers at 1-800-TIP-3333 or via the internet at http://www.delawarecrimestoppers.com. 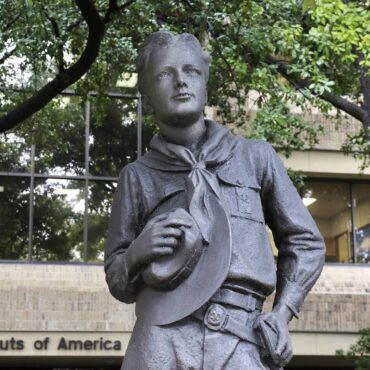 DOVER, Del. (AP) — Attorneys for the Boy Scouts of America say protecting local BSA councils and troop sponsoring organizations from future liability for child sex abuse claims is critical to the national group's reorganization plan. But, attorneys opposing the plan told a Delaware bankruptcy judge on Tuesday that liability releases for non-debtor third parties are neither fair nor necessary. The Boy Scouts sought bankruptcy protection in February 2020 in […]