As the Chevrolet Cruz approached the sharp right curve in the roadway, for unknown reasons, the driver failed to negotiate the curve and entered the eastbound lane of travel, continuing westbound towards Gravel Hill Road. The Cruz then entered the northbound lane of Gravel Hill Road, directly into the path of the Ford F-250. As a result, the front right of the Ford struck the front left of the Cruz in the northbound lane of Gravel Hill Road. After the collision, the Cruz came to rest upright, facing eastbound. The Ford exited the west edge of the roadway and overturned on its left side before striking a fence post and tree.

The 19-year-old Milford woman driving the Cruz was properly restrained. She was transported by ambulance to an area hospital, where she was admitted with non-life-threatening injuries.

An 18-year-old Rehoboth Beach woman was not properly restrained in the front right seat. Unfortunately, she sustained life-threatening injuries as a result of the collision and was pronounced deceased at the scene. Identification is pending notification to next of kin.

The 43-year-old Smyrna man driving the Ford was properly restrained and was uninjured in the crash.

A 41-year-old Smyrna woman was properly restrained in the front right seat. She was transported to an area hospital and admitted with serious injuries.

The roadway was closed for approximately 4 hours while the investigation was conducted. The Delaware State Police Troop 7 Collision Reconstruction Unit continues to investigate this collision. Anyone who witnessed this collision is asked to contact Sgt. Nick DeMalto by calling 302-703-3269. Information may also be provided by sending a Private Facebook Message to the Delaware State Police or contacting Delaware Crime Stoppers at 1-800-TIP-3333 or via the internet at www.delawarecrimestoppers.com. 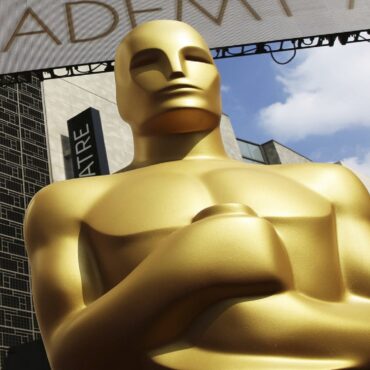 LOS ANGELES (AP) — James Bond didn't get an Oscar nomination this year, but that doesn't mean he won't be part of the ceremony. It's the 60th anniversary of the first 007 movie, after all, and the 50th anniversary of "The Godfather." Those landmarks will be celebrated Sunday at the 94th Oscars. Producer Will Packer said Thursday that the theme is: Movie lovers unite. One major moment planned for the […]

With sequel plans, Rob Reiner turns ‘Spinal Tap’ up to 11