On March 9, 2022, at approximately 10:00 a.m., Delaware State Police Detectives responded to the Bait and Tackle Shop at the Indian River Inlet located at 25012 Coastal Hwy, attempting to contact Stanley Bradley, 72, Milton, after receiving information he may be at the business hanging out. Bradley was wanted on an outstanding warrant for Rape 2nd Degree (Felony). As detectives pulled into the parking lot, Bradley was observed exiting the business. Contact was made with Bradley, who was very cooperative and was taken into custody without incident.

Bradley was placed in the front seat of the detectives’ divisionally issued Ford Taurus, with one of the detectives sitting in the backseat and the other driving. As the vehicle was traveling to Delaware State Police Troop 3 on Coastal Hwy in the area of Johnson Road., Bradley requested the detectives pull over because he thought he was suffering from a medical event. Detectives immediately pulled over, and both exited the vehicle to check on Bradley, who was now unconscious. One detective immediately contacted 9-1-1 to request medical assistance as the other began performing CPR.

Life-saving measures were performed until EMS arrived, who continued CPR before transporting Bradley to the Bayhealth Sussex Campus. Bradley was stabilized and transported to Bayhealth Hospital, Kent Campus, where he died at approximately 6:00 p.m. The investigation revealed Bradley had a long medical history and had been hospitalized multiple times during the last year for cardiac issues. Bradley was turned over to the Delaware Division of Forensic Science for an autopsy to be performed.

On March 10, 2022, the Medical Examiner ruled Stanley Bradley died from natural causes pending a toxicology examination. There was nothing suspicious and no signs of trauma found during the investigation.

Due to the sensitive nature of the charges Bradley was wanted for, no information will be released regarding the case. 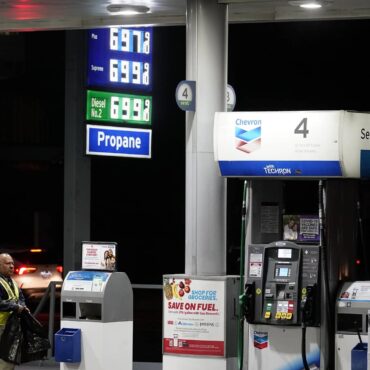 A growing number of governors and state lawmakers across the U.S. are calling for the suspension of gas taxes to provide relief to motorists from record high prices. Gas prices were averaging $4.25 a gallon nationally Wednesday. Legislative leaders in Michigan and Pennsylvania announced proposals to suspended or reduce state gas taxes. Governors in Georgia and California also called for relief from state gas taxes. And governors from six states […]