Victim Identified and Arrest Made in Seaford Homicide

Seaford, DE – Delaware State Police have identified the individual who died during a shooting on Sunday night in Seaford as Nicholas Davis, 31, of Laurel.

On February 20, 2022, at approximately 8:59 p.m., the Seaford Police Department responded to a reported shooting at 1252 Norman Eskridge Highway. When officers arrived on the scene, they found Nicholas Davis in the parking lot with gunshot wounds. He was transported to a nearby hospital, where he was pronounced deceased.

At the request of the Seaford Police Department, the Delaware State Police Homicide Unit was contacted to assume the investigation. Through investigative measures, detectives learned Davis was in the McDonalds drive-thru located at 300 S Dual Hwy when he first encountered a group of individuals also in the drive-thru. After exiting the drive-thru, the two parties continued their encounter in the adjacent parking lot off of Norman Eskridge Highway, at which time Davis was shot before the group of individuals fled the scene.

Through investigative measures, Delaware State Police identified a 17-year-old Seaford male as a suspect in the homicide. He was taken into custody without incident and charged with Murder First Degree (Felony), Possession of a Firearm During the Commission of a Felony (Felony), and Possession of a Firearm by a Prohibited Juvenile (Felony). He was arraigned in the Justice of the Peace Court #3 and committed to a Department of Correction juvenile detention facility on a $210,000.00 cash bond.

This case remains an active and ongoing investigation being conducted by the Delaware State Police Homicide Unit. Anyone who witnessed this incident or has information about this case is asked to contact Det. Mark Ryde by calling 302-741-2730 or emailing Mark.Ryde@delaware.gov. Information may also be provided by sending a Private Facebook Message to the Delaware State Police or contacting Delaware Crime Stoppers at 1-800-TIP-3333 or at http://www.delaware.crimestoppersweb.com. 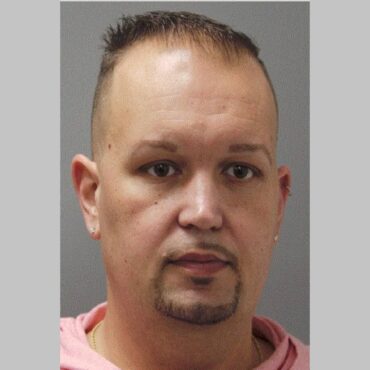 Laurel, DE - Delaware State Police arrested Wade L. Bryan, 40, of Laurel, on felony theft charges. Wade Bryan was employed as the school secretary at North Laurel Elementary School. During his employment with the school in the summer and fall of 2021, he was responsible for the incoming funds for the school’s pizza fundraiser and Pre-K tuition. When incoming checks from the fundraiser hadn’t cleared parents’ bank accounts, the […]