DOVER, Del. (AP) — The Delaware attorney general’s office says a state trooper was justified in using deadly force against a mentally ill woman who fired a shotgun at him.

A report released Tuesday concluded that Trooper Dean Johnson reasonably felt in fear for his life and the lives of others when he fatally shot 51-year-old Kelly Rooks in March 2021. Troopers and medical personnel went to Rooks’ house in Seaford after she called 911 to complain she had been poisoned by her neighbors. Rooks then refused to go to the hospital.

Investigators said she emerged from a bedroom and fired a shotgun at Johnson. He returned fire, hitting Rooks five times. 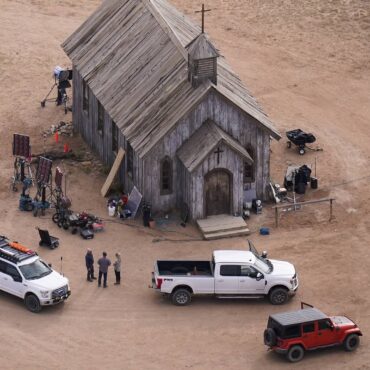 SANTA FE, N.M. (AP) — A Republican New Mexico legislator wants movie actors and other film-set professionals to undergo state-sponsored gun-safety training after the death last year of a cinematographer from a gun fired by actor Alec Baldwin. State Sen. Cliff Pirtle of Roswell on Monday announced he introduced a bill that would require  all acting and film production personnel where firearms are present to complete a safety class offered […]