Delaware – The Delaware State Police Collision Reconstruction Units (CRU) based throughout the State are seeking the assistance with Cold Case Fatal Hit and Runs.

The following are cold case investigations the units have been working to solve, but have not had any leads or further information provided over the course of the years.

This incident occurred around 11:48 p.m. Thursday, May 4, 2017 as an unknown driver operating a dark sedan southbound on McKee Road approached Kevin S. Freese, 52 of Dover, who was riding his bicycle in the same direction. The vehicle approached the bicycle from the rear and struck the bicycle’s rear tire which caused the victim to be ejected and come to rest on the grassy shoulder along the southbound lane. The dark sedan fled the scene in a southern direction.

Kevin S. Freese, who was not wearing a bicycle helmet, was transported to the Bayhealth Kent General Hospital Emergency Room where he succumbed to his injuries.

Troopers investigating the collision were able to recover a piece of hood molding and matched the part number to a GMC Envoy between the years of 2002-2009. Witnesses on the scene described the vehicle as a small dark SUV which is concurrent with the part recovered.

Anyone with information regarding this crash should contact Sergeant J. Wheatley by calling 302-698-8518. Information may also be provided by calling Delaware Crime Stoppers at 1-800-TIP-3333 or via the internet at www.delawarecrimestoppers.com.

The incident occurred on Monday, December 23, 2019, at approximately 8:11 p.m., when an unknown vehicle was traveling westbound on Zoar Road west of Fieldwood Drive and struck 44-year-old Katrina M. Hudson, of Millsboro, who was walking in the westbound travel lane of Zoar Road. The suspect vehicle continued traveling westbound on Zoar Road and fled the scene in an unknown direction. Hudson was pronounced deceased at the collision scene.

There have not been any leads or description of the vehicle involved in this case. The Delaware State Police Collision Reconstruction Unit is asking anyone that has information in reference to this crash or information regarding the striking vehicle that left the scene to please contact Sergeant N. DeMalto at 302-703-3269. Information may also be provided by calling Delaware Crime Stoppers at 1-800-TIP-3333 or via the internet at www.delawarecrimestoppers.com.

The incident occurred on November 5, 2020, at approximately 6:34 a.m., when a vehicle traveling eastbound on County Seat Highway, just west of Old Furnace Road, was approaching a slight curve. The pedestrian, a 49-year-old Jamal L. Woodlin of Lincoln, was walking eastbound on the shoulder of the roadway. The vehicle failed to negotiate the curve in the road and drove onto the shoulder, striking Woodlin with the right front. He was projected down an embankment, landing in a shallow ditch. The vehicle did not stop for the collision.

Through the investigation, a possible vehicle involved in the collision is a white Ford E-Series van with right front damage.  The Delaware State Police Troop 7 Collision Reconstruction Unit asks anyone who has information in reference to this crash to contact Sergeant N. DeMalto at 302-703-3269.

Information may also be provided by calling Delaware Crime Stoppers at 1-800-TIP-3333 or via the internet at www.delawarecrimestoppers.com. 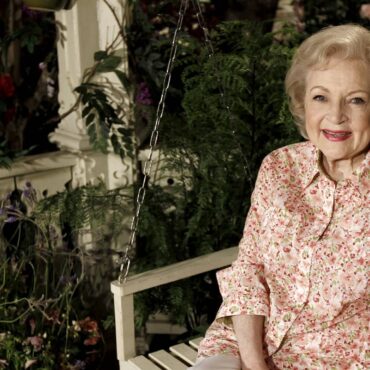 The late Betty White was a tireless advocate for animals for her entire life, from caring for homeless animals as a child to launching her own weekly TV show "The Pet Set" dedicated to her celebrity friends and their pets. Her biggest contribution, though, may be yet to come, as fans get set to donate to animal welfare charities and local shelters on Jan. 17 as part of the #BettyWhiteChallenge. […]