Georgetown, DE – Delaware State Police have identified the victim that died during a fatal single-vehicle crash in Georgetown on Thursday, December 23, 2021, as Kevin W. Hemphill, 31, of Millsboro.

On December 23, 2021, at approximately 1:36 p.m., a 2002 Honda Civic was traveling westbound on Vaughn Road, approaching a sharp right curve. For unknown reasons, the driver, a 42-year-old Georgetown woman, failed to negotiate the curve and exited the south edge of the road before swerving right in an attempt to re-enter the roadway. As the Civic re-entered Vaughn Road, the driver overcorrected to the left, and the car began skidding and exited the north edge of the road. It continued to slide through the grass, and the front right struck a tree causing the Civic to rotate clockwise and come to rest facing north.

This collision remains under investigation by the Delaware State Police Troop 7 Collison Reconstruction Unit. Anyone with information regarding the crash is asked to contact Cpl/3 Kenneth Argo by calling 302-703-3264. 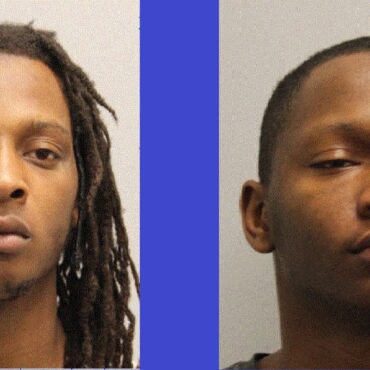 Rehoboth Beach, DE - Delaware State Police have arrested Joshua R. Daniels, 25, of Lincoln and Malik R. Rothwell,24, of Ellendale on multiple criminal charges after engaging in a physical altercation with a gun and attempting to flee from troopers. On December 25, 2021, at approximately 1:01 a.m., troopers were dispatched to the Big Chill Surf Cantina located at 19406 Coastal Highway for a fight in progress. Reports indicated two […]