Bridgeville, DE – Delaware State Police have identified the individuals who died during a homicide-suicide incident Thursday night in the Bridgeville area.

At approximately 10:45 p.m. on Thursday, December 2, 2021, troopers were dispatched to the 100 block of Emilys Pintail Drive for a report of a shooting. Prior to their arrival, it was determined the homeowners, the 71-year-old male victim, later identified as Peter Colletti, and his wife had returned to their residence at approximately 9:30 p.m. The female was in the first floor bathroom when she heard footsteps on the second floor, where her 58-year-old brother, later identified as Joseph Caldarera, resides. Immediately after hearing the footsteps, she heard a loud bang. When she exited the bathroom, she discovered her husband, Peter, in the family room with an apparent gunshot wound. The female ran to a neighbor’s house where police were called.

The bodies were turned over to the Division of Forensic Science for an autopsy to be performed to determine the manner and cause of death.

The Delaware State Police Homicide Unit is continuing their investigation into this incident.

If anyone has any information regarding this case, please contact Detective Short at 302-741-2727. Information may also be provided by calling Delaware crime stoppers at 1-800-TIP-3333 or via the internet at http://www.delaware.crimestoppersweb.com 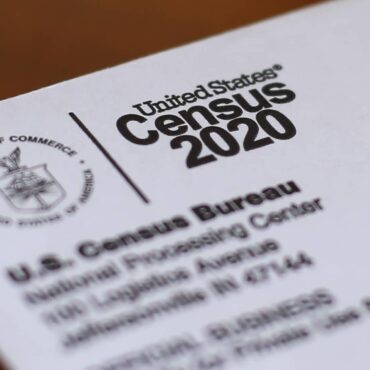 The Census Bureau is working to increase the public's confidence in the numbers it gathered during the 2020 census. It plans to fix problems caused by the unprecedented challenges of conducting a U.S. head count during a pandemic, natural disasters and Trump administration efforts to politicize the process. The Census Bureau announced that it will bypass tradition and not rely on 2020 census data solely as the basis for creating […]