Lewes – Delaware State Police have identified the name of the driver who died in a crash on Tuesday November 16, 2021, on John J. Williams Highway (SR24), as 37-year-old Julio D. Mendoza-Carcamo of Port Royal, Pennsylvania.

Around 8:53 a.m. Tuesday November 16, 2021, a 2015 Chrysler 200 was traveling westbound on John J. Williams Hwy (SR 24), approaching the intersection at Mulberry Knoll Road.  At the same time, a 2005 Cadillac Escalade operated by a 42-year-old Salisbury, Maryland man was traveling eastbound in the same vicinity.

For unknown reasons, the Chrysler drove onto the westbound shoulder and struck numerous traffic barrels before quickly re-entering the roadway and crossing into the eastbound lane, directly into the path of the Cadillac.  In an attempt to avoid a collision, the Cadillac operator swerved slightly right, however the front center of the Chrysler struck the front left of the Cadillac within the eastbound lane in a near head-on fashion.  The Chrysler was forced into a clockwise rotation before coming to stop in the westbound lane.  The Cadillac was forced off the roadway, coming to a stop in an open farm field.

The driver of the Chrysler 200, 37-year-old Julio D. Mendoza-Carcamo of Port Royal, Pennsylvania, was not properly restrained and was transported by EMS to Beebe Medical Center where he was pronounced dead.

The 42-year-old Cadillac Escalade operator was properly restrained and did not report any injuries.

SR24 between Mulberry Knoll Road and Plantations Road was closed for approximately two and a half hours while the crash was investigated and cleared.

Prior to this collision, the Chrysler was reported by numerous witnesses driving erratically and going the wrong way on Coastal Highway before turning onto John J. Williams Highway.

The Delaware State Police Troop 7 Collision Reconstruction Unit is continuing their investigation into the crash. Anyone with information regarding the incident or may have witnessed the collision should contact Master Corporal K. Argo by calling 302-703-3264 . Information may also be provided by calling Delaware Crime Stoppers at 1-800-TIP-3333 or via the internet at http://www.delaware.crimestoppersweb.com. 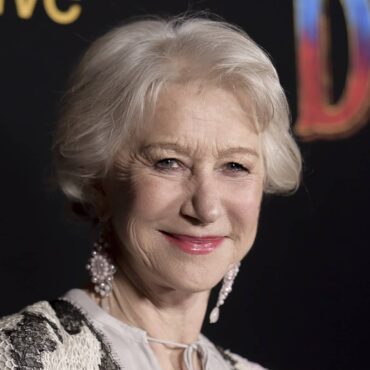 The Screen Actors Guild has selected Dame Helen Mirren as their 57th Life Achievement Award Recipient, the union said Thursday. The 76-year-old English stage and screen actor has credits spanning over 50 years and has played everything from a gangster's girlfriend in "The Long Good Friday" to Queen Elizabeth II in "The Queen." Mirren will be adding this latest honor to a robust collection of awards including an Oscar, a […]