At approximately 5:47 a.m. Tuesday, November 9, 2021 a 2003 Toyota Prius was traveling southbound on Korean War Veterans Memorial Highway (SR1) just north of the Exit 104 off ramp for Scarborough Road. For unknown reasons the Prius travelled off the east edge of the roadway and partially into the center grass median before veering back onto the roadway, rotating in a clockwise direction and travelling across both southbound lanes. The Prius then drives off the west side of SR1 where it strikes a metal guardrail with its front bumper and continues to rotate in a clockwise manner as it travels through the guardrail before coming to a stop.

The operator, Marc M. Jeudy, 53 of Georgetown, was properly restrained and had to be extricated from the vehicle by fire department personnel. He was then flown to Christiana Medical Center by Delaware State Police Aviation where he was admitted in critical condition.

Mr. Jeudy succumbed to his injuries on Thursday, November 11, 2021, at 3:06 a.m.  A 53-year-old female passenger from Georgetown (wife) was properly restrained and transported to the Bayhealth Kent General Hospital where she was treated and released for minor injuries.

Traffic on SR1 southbound in the area of Exit 104 was impacted for approximately three hours while the crash was investigated and cleared.

The Delaware State Police Troop 3 Collision Reconstruction Unit is continuing their investigation into the crash. Anyone with information regarding the incident or may have witnessed the collision should contact Master Corporal J. Lane by calling 302-698-8457. Information may also be provided by calling Delaware Crime Stoppers at 1-800-TIP-3333 or via the internet at http://www.delaware.crimestoppersweb.com. 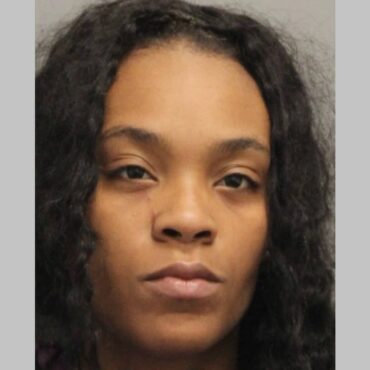 Magnolia - The Delaware State Police arrested 25-year-old Tamia Richardson on multiple counts of reckless endangering after she fired multiple gunshots inside of her residence. The incident occurred on November 11, 2021, at approximately 3:00 a.m., when Troopers were dispatched to a residence on Douglas Fir Road, Magnolia, DE for a report of shots fired. Upon arrival it was learned that Tamia had a physical altercation with a 21-year-old male […]