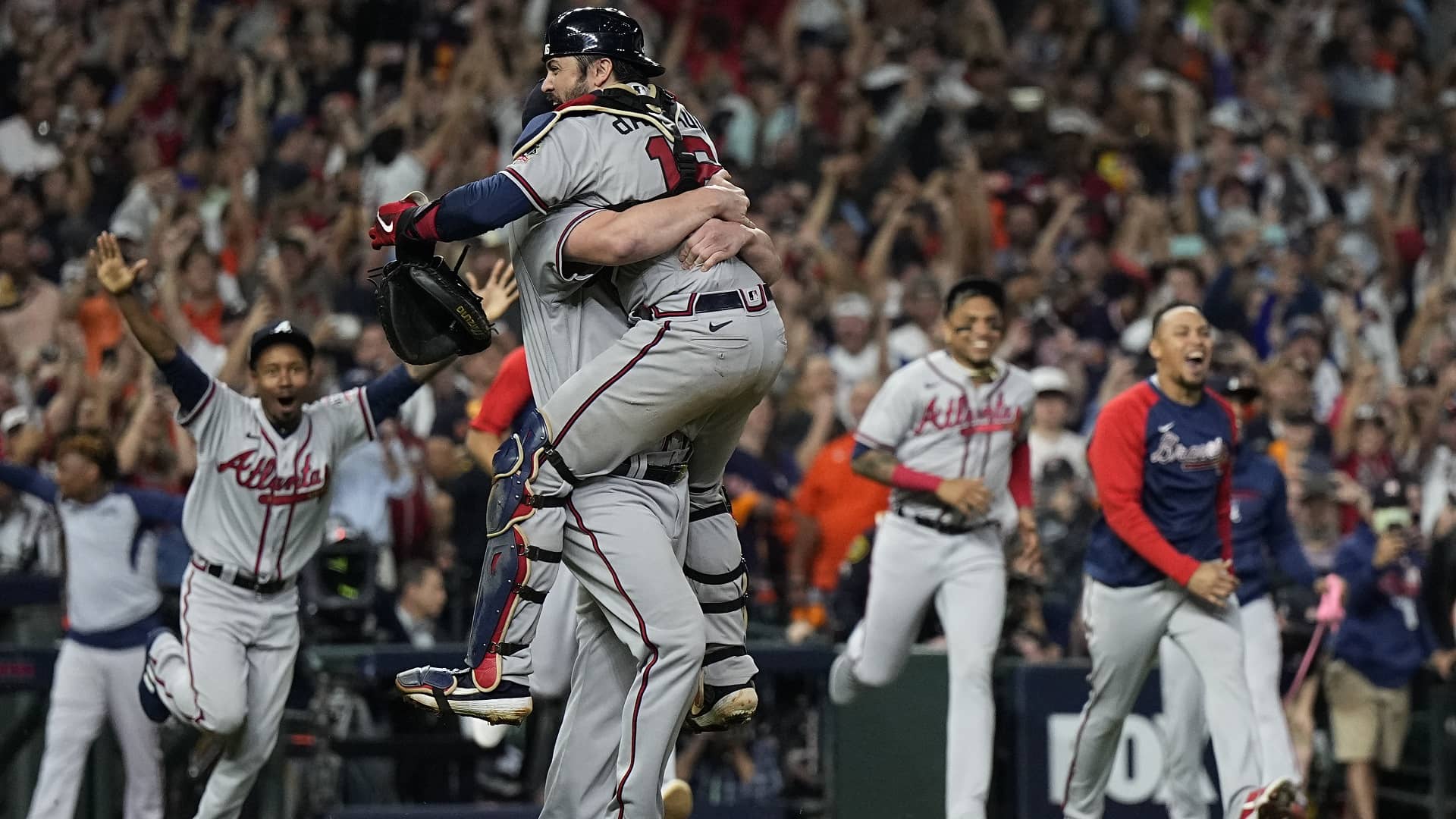 The Atlanta Braves dropped their first four games, and soon injuries piled up.

They lost their most dynamic player before the All-Star break. They were stuck below .500 in August. Yet out of nowhere, suddenly, these Atlanta Braves transformed themselves and took off. Jorge Soler, Freddie Freeman and the Braves have breezed to their first World Series championship since 1995, hammering the Houston Astros 7-0 Tuesday night in Game 6. Max Fried threw six dominant innings in a signature pitching performance to close it out.

Soler was voted MVP of the Atlanta Braves’ six-game World Series win over the Houston Astros. Soler hit .316 with three home runs and six RBIs. He became the first batter to lead off a World Series with a home run, hit a go-ahead, seventh-inning drive in Game 4 and put the Braves ahead in Game 6 with a tiebreaking, three-run homer in the third against Luis Garcia.

Brian Snitker has joined mentor Bobby Cox as the only Atlanta Braves managers to win the World Series. The championship clinched with a Game 6 win over the Houston Astros was the payoff on Snitker’s investment of 44 years as a Braves lifer. After a long career as player, instructor, coach and manager in the Braves’ organization, the 66-year-old Snitker has earned his place in team history.

Georgetown, DE- Delaware State Police are investigating a shooting incident that occurred Sunday night in the Georgetown area. On October 31, 2021, at approximately 9:07 p.m., troopers responded to Dupont Blvd (US 113) and Hardscrabble Road for an individual with a gunshot wound in the leg. The investigation determined a 22-year-old Millsboro man and a 25-year-old Millsboro woman were driving in the area of the 20000 block of Asketum Branch […]