On September 9, 2021, at approximately 3:03 p.m., a Freightliner school bus operated by a 61-year-old female from Harbeson, was traveling westbound on Burton Road, entering a moderate right curve. Due to inattention by the operator, the vehicle crossed the north edge of the roadway, entered the soft grassy roadside and began to rotate clockwise. The bus traveled approximately 79 feet before sideswiping a tree with the front right and continued to rotate clockwise while beginning to overturn. The Freightliner then struck a second tree with the left front side, continued to overturn while striking a third tree with the left side and came to rest on its left side.

There were eight juveniles from Cape Henlopen School District on the school bus at the time of the collision.  One 11-year-old juvenile was transported to an area hospital with minor injuries, treated and released.

The operator was cited for Inattentive Driving and Failure to Drive at Speeds Appropriate for Conditions.  The roadway was closed for approximately two hours while the crashed was investigated and roadway cleared. 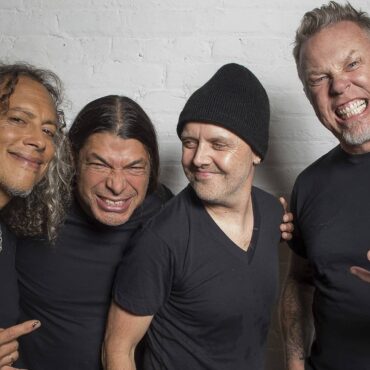 Imagine a giant all-you-can-eat buffet, row after row of hot, steaming offerings. The thing is, there are only 12 items on the menu, cooked by 53 different chefs. That, in a nutshell, is what you'll get with "The Metallica Blacklist" a box set of covers of the 1991 Metallica self titled album better known as "The Black Album." "Nothing Else Matters." The most attention-grabbing collaboration is by Miley Cyrus with […]