For unknown reasons, the motorcycle exited the east edge of Bay Road southbound, traveled south through the grass median, entered the northbound travel lanes, and directly into the path of the Hyundai. The front of the Hyundai struck the right side of the Kawasaki. After colliding, the motorcycle came to an uncontrolled stop and came to rest on its left side. The Hyundai continued traveling north, exited the east edge of Bay Road, and the front center struck a utility pole.

EMS transported the motorcycle operator to an area hospital where he died from his injuries.

The Hyundai operator and 19-year-old female front seat passenger were not injured.

The roadway was closed for approximately three hours while the collision was investigated, and the roadway cleared.

This collision remains under investigation by the Delaware State Police Troop 3 Collision Reconstruction Unit. Anyone with information regarding the crash should contact Master Corporal William Booth by calling 302-697-4454. 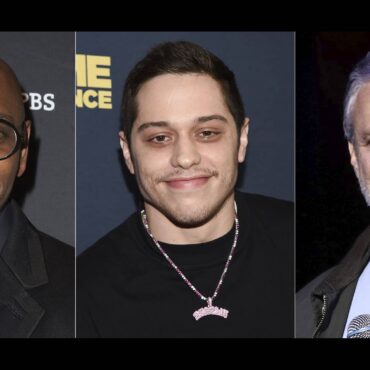 NEW YORK (AP) — Dave Chappelle, Jon Stewart, Jimmy Fallon and Amy Schumer are in a star-studded group of comedians to perform for one night only at Madison Square Garden to mark the 20th anniversary of 9/11. All proceeds from "NYC Still Rising After 20 Years: A Comedy Celebration" will benefit 9/11 charities. Proof of vaccination will be required. Tickets for the Sept. 12 show go on sale via Live […]