Following the initial impact, the Peterbilt Truck Tractor sustained severe damage and the operator was unable to steer the truck or trailer. The Truck eventually exited the southbound lane, traveled across the northbound lane, and off the northeast edge of the roadway. The truck struck several trees and came to rest in a wooded area just off the roadway.

The operator of the Prius is from Lincoln, DE. She was pronounced deceased on scene. Identification is pending notification to next of kin.

The operator of the Peterbilt Truck Tractor Trailer was from Milford, DE. He was not injured in the collision.

This collision remains under investigation by the Delaware State Police Troop 3 Collision Reconstruction Unit. Anyone with information should contact Sgt. John Wheatley by calling 302-697-4454. 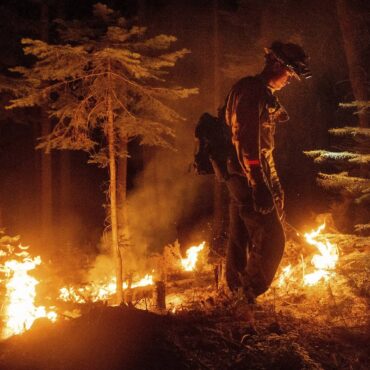 Western wildfires calm down in cool weather, but losses grow

INDIAN FALLS, Calif. (AP) — Cooler weather is helping calm two gigantic wildfires in the U.S. West. But a tally of property losses mounted Tuesday in a tiny California community savaged by flames last weekend and in a remote area of Oregon. Teams tallying the damage from the Dixie Fire in Northern California have so far counted 36 structures destroyed and seven damaged in Indian Falls. In Oregon, better weather […]