Millsboro – Delaware State Police are investigating a report of a stabbing incident that occurred Tuesday night.

On July 27, 2021, at approximately 11:01 p.m., Troopers responded to the 22000 block of Donna Drive, Millsboro, DE, for a report of a stabbing. Upon arrival, Troopers located a 20 year-old male victim with several stab wounds. Further investigation revealed that two unknown males approached the victim from behind while the victim was walking home from a nearby park. The two unknown males stabbed the victim several times.

The victim was transported by ambulance to a nearby hospital with serious physical injuries.

The suspects are described as males wearing black masks, and dark clothing. There is no known surveillance footage at this time.

Anyone with information regarding this incident is asked to contact the Troop 4, Criminal Investigations Unit, Detective Mills at 302-752-3800. Information may also be provided by calling Delaware crime stoppers at 1-800-TIP-3333 or via the internet at http://www.delaware.crimestoppersweb.com. 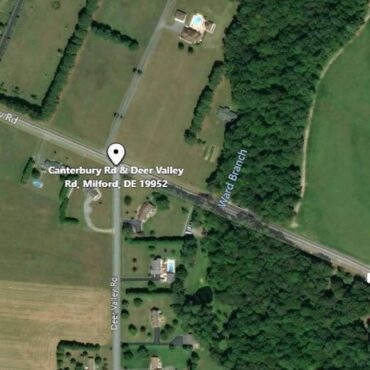 Milford – Delaware State Police are on the scene of a serious motor vehicle crash that occurred at approximately 9:02 a.m., this morning, July 28, 2021, on Canterbury Road (SR15) near Deer Valley Road. As a result of the crash, Canterbury Road between Deer Valley Road and Rothermel Road was closed with emergency response vehicles on scene. Motorists are advised to avoid the area and seek alternate routes of travel. […]