On July 1, 2021, at approximately 3:34 a.m., a Mercury Marauder operated by an 18-year-old male of Seaford, was traveling northbound on Scott Land Road in the area of the intersection of Ross Point Road approaching an s-curve in the road. As the Mercury entered the curve, it left the east edge of the roadway. The driver swerved to the left, re-entering the roadway, then swerved to the right. This caused the car to exit the west edge of the roadway and slide sideways down a grass embankment and strike a tree on the driver side door. After impact, the car rotated counterclockwise and came to rest upright, facing a southwest direction.

The driver was wearing a seatbelt and was pronounced deceased at the scene. Identification is pending notification to next of kin.

The roadway was shut down for approximately four hours while the accident was investigated and roadway cleared.

This collision remains under investigation by Delaware State Police Troop 7 Collision Reconstruction Unit. Anyone with information regarding this incident should contact Cpl/1 Andrew Mitchell by calling 302-644-5020. 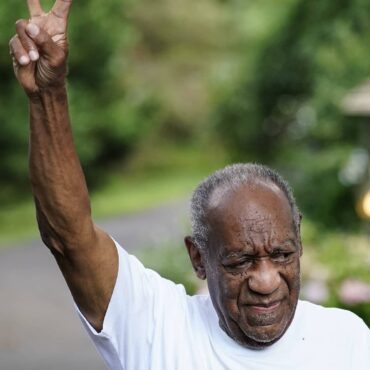 PHILADELPHIA (AP) — Bill Cosby was freed from prison yesterday after Pennsylvania's highest court overturned his sexual assault conviction. It was a stunning reversal of fortune for the comedian once known as "America's Dad." The state Supreme Court said Wednesday that the prosecutor who brought the case was bound by his predecessor's agreement not to charge Cosby. The 83-year-old Cosby served nearly three years of a three- to 10-year sentence. […]