On June 29, 2021, at approximately 2:40 a.m., a 1997 Honda Accord was traveling southbound on Hartly Road north of Halltown Road, approaching a right curve. As the Honda entered the curve, it crossed over into the northbound lane, traveled off the east edge of the roadway, and struck a curve warning sign with its left front fender as it traveled down a slight grass embankment. The vehicle crossed between a guidewire and utility pole, sideswiping the left side with the guidewire. As it continued traveling southbound, the Accord crossed a private driveway, then struck a large tree with its front bumper. After hitting the tree, the Accord deflected off and came to rest just west of the tree.

The 58-year-old female operator was from Milford, DE. She was pronounced deceased at the scene. Identification is pending notification to next of kin.

The roadway in the area was closed for approximately three hours while the collision was investigated. The crash remains under investigation by the Delaware State Police Troop 3 Collision Reconstruction Unit. Anyone with information regarding the collision should contact Cpl/3 Joseph Lane by calling 302-697-4454. Information may also be provided by calling Delaware Crime Stoppers at 1-800-TIP-3333 or via the internet at http://www.delaware.crimestoppersweb.com . 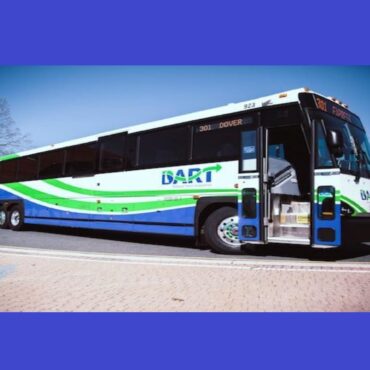 Independence Day, Sunday, July 4, 2021 - DART First State services, both fixed route and paratransit, will operate on a regular Sunday schedule, along with the 305 Beach Connection and Beach Bus services. DART's 305 Beach Connection provides a relaxing ride from Wilmington to Rehoboth Beach on Saturdays, Sundays and holidays through September 6.  Fares are $2 per zone; the one-way cash fare is $6 from Wilmington and Middletown, $4 from Dover and […]