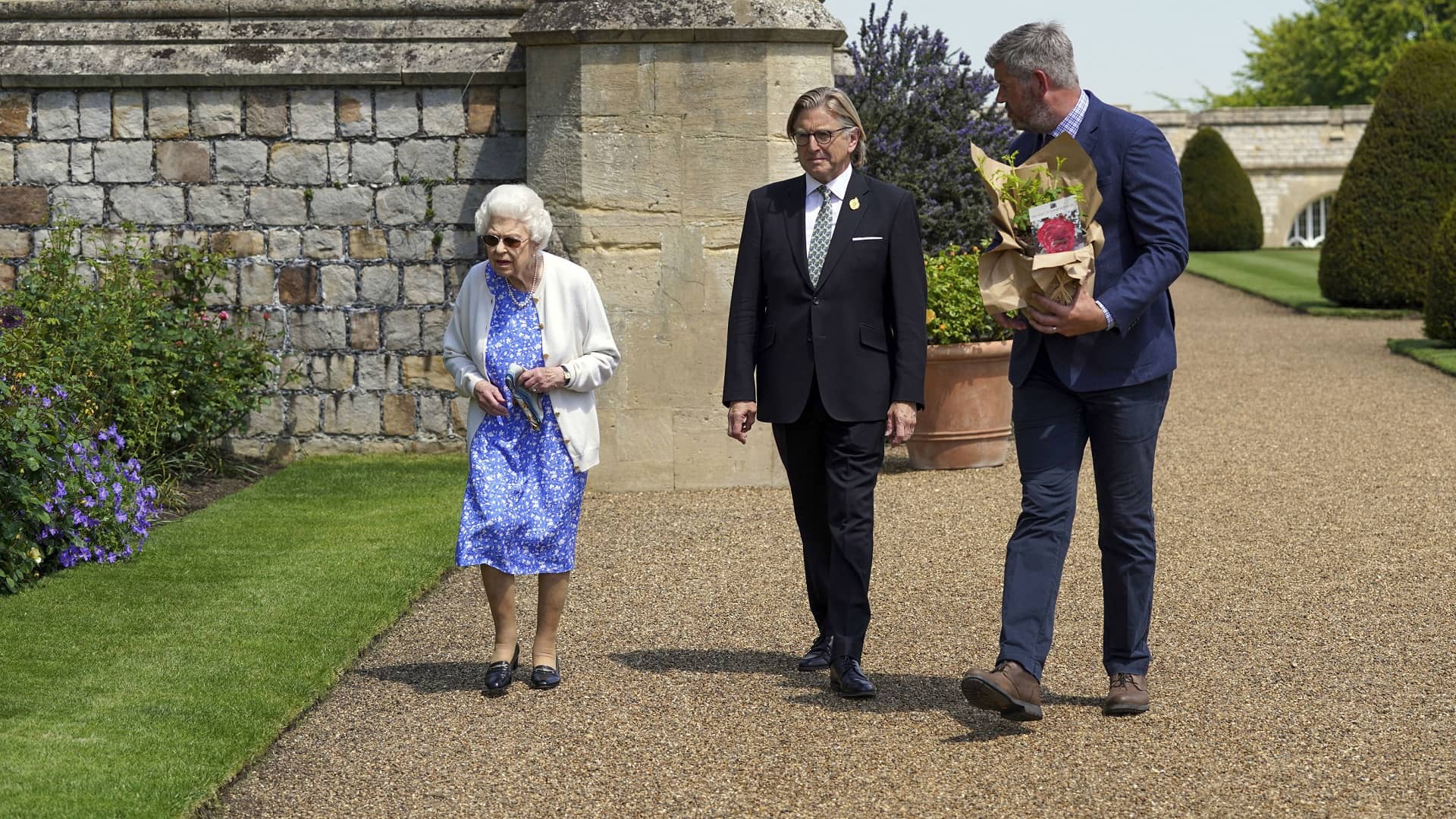 LONDON (AP) — On what would have been Prince Philip’s 100th birthday, his youngest child said he would not have been looking forward to any celebrations to mark the occasion.

In an interview with the BBC that was broadcast Thursday, the 57-year-old Prince Edward said the royal family would have “loved” the chance for Philip to be able to experience his centenary, even if his late father didn’t.

Reflecting on his father’s funeral amid the pandemic, Edward said it was an “extraordinary” but “strange” day, given the restrictions that were in place because of the coronavirus pandemic.

PHOTO: Britain’s Queen Elizabeth II looks at flower beds after receiving a Duke of Edinburgh rose, given to her by Keith Weed, center, President of the Royal Horticultural Society, at Windsor Castle, England, Wednesday June 9, 2021. The newly bred deep pink commemorative rose has officially been named in memory of the late Prince Philip Duke of Edinburgh. A royalty from the sale of each rose will go to The Duke of Edinburgh’s Award Living Legacy Fund to support young people taking part in the Duke of Edinburgh Award scheme. (Steve Parsons/Pool via AP)

DOVER, Del. (AP) — Democratic lawmakers are proposing to give public officials more reasons to deny requests for public records under Delaware's Freedom of Information Act and require people seeking public records to pay new fees. A bill released by a Senate committee following a hearing Wednesday allows government workers to deny FOIA requests they consider to be "unreasonably broad, unduly burdensome, intended to disrupt the essential functions of the […]