The incident occurred on May 7, 2021 at approximately 2:24 p.m., when troopers were dispatched to Lewes Georgetown Highway and Josephs Rd., Lewes, in reference to a vehicle crash where the operator of one of the vehicles fled the area on foot. Witnesses at the scene described the operator as a black male wearing black jeans and a white t-shirt. Troopers canvassed the area and located the suspect inside of the Tall Pines Mobile Home Park. Troopers gave verbal commands and attempted to take the 17-year-old male suspect into custody. The suspect actively and forcibly resisted arrest. After a physical altercation, troopers successfully took the suspect into custody.

The 17-year-old juvenile was transported back to Troop 7 where he was charged with the following:

Assault 2nd Degree Injure a Law Enforcement Officer (Felony) – 2 counts
Resisting Arrest with Force (Felony)
Criminal Mischief- 2 counts
Driving a Vehicle Under the Influence of a Drug
Leaving the Scene of a Property Collision
Numerous Traffic Violations
The juvenile was arraigned before the Justice of the Peace Court and released on $13,000 unsecured bond. 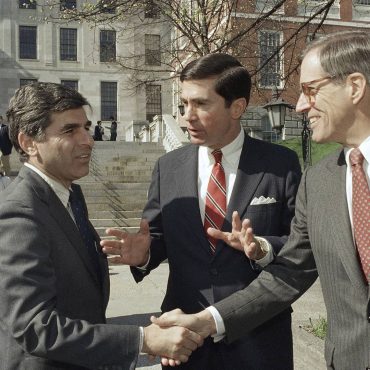 WILMINGTON, Del. (AP) — Pierre S. "Pete" du Pont IV, a former Delaware governor and congressman who sought the 1988 Republican presidential nomination, has died. He was 86. Born to wealth and status, du Pont broke with family tradition, forgoing a comfortable career with his family's chemical company for a life in politics. Du Pont announced his bid for the GOP presidential nomination in 1986 but dropped out 17 months […]