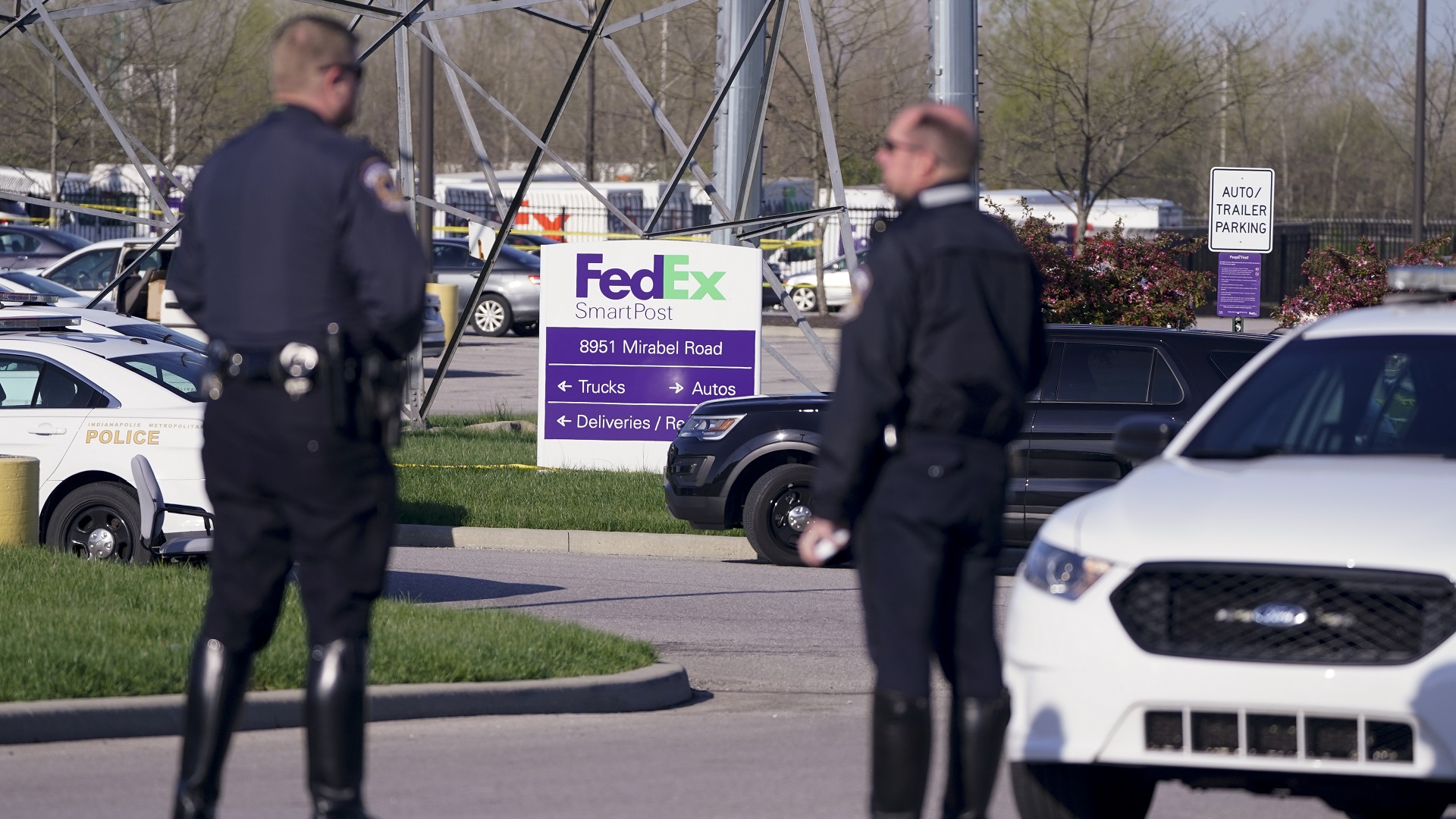 INDIANAPOLIS (AP) — Police say a gunman has killed eight people and wounded several others before apparently taking his own life in a late-night attack at a FedEx facility near the Indianapolis airport.

It was the latest in a recent string of mass shootings across the United States. Five people were hospitalized after the Thursday night shooting. A police spokesperson said one of them had critical injuries. Another two people were treated and released at the scene.

FedEx said people who worked for the company were among the dead. Police have not identified the shooter or said whether he was an employee at the facility.

DOVER, Del. (AP) — There's been a drop in demand for COVID testing. But the Delaware Emergency Management Agency said it will not be scaling back its coronavirus community testing sites. The Delaware State News reported Friday that state officials are encouraging Delawareans to keep getting tested even after they're vaccinated. Delaware averaged 4,981 tests per day during the past week. That number was more than 9,000 tests per day […]