On April 9, 2021, at approximately 12:59 p.m., a yellow 2006 Ford F-250 Selbyville Fire Police truck, was stationary facing north on Polly Branch Road in the southbound lane just north of Lighthouse Road, with its emergency equipment activated. The vehicle was being utilized to assist with traffic control while on scene for a separate motor vehicle crash.

As the scene cleared, the Ford F-250 operated by a 79-year-old male of Selbyville began to reverse in a southerly direction towards Lighthouse Road. At this time, the pedestrian was standing behind the Ford and was subsequently struck.

The pedestrian, 56-year-old Laura Madara of Selbyville, DE. was transported to Peninsula Regional Medical Center where she was pronounced deceased.

Polly Branch Road was closed for approximately 2 hours while the investigation was completed, and the roadway was cleared.

The crash remains under investigation by the Delaware State Police Troop 7 Collision Reconstruction Unit. Anyone with information regarding the collision should contact Cpl/1 Ryan Albert by calling 302-644-5020. Information may also be provided by calling Delaware Crime Stoppers at 1-800-TIP-3333 or via the internet at http://www.delaware.crimestoppersweb.com . 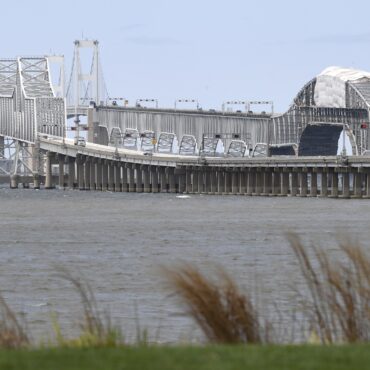 An environmental group says that Pennsylvania would have to spend more than $500 million a year to meet a looming deadline for reducing pollution that flows into the Chesapeake Bay. The York Daily Record reports that the group is called PennFuture. It has made a list of proposals that could help the state reduce the amount of manure, fertilizer and dirty storm water that's seeping into the nation's largest estuary. […]